Bruges (Dutch: Brugge) is the capital and largest city of the province of West Flanders in the Flemish Region of Belgium. It is located in the northwest of the country.

The historic city centre is a prominent World Heritage Site of UNESCO. It is egg-shaped and about 430 hectares in size.

Bruges got its city charter on July 27, 1128 and built itself new walls and canals. Since about 1050, gradual silting had caused the city to lose its direct access to the sea. A storm in 1134, however, re-established this access, through the creation of a natural channel at the Zwin. The new sea arm stretched all the way to Damme, a city that became the commercial outpost for Bruges. Starting around 1500, the Zwin channel, which had given the city its prosperity, also started silting. The city soon fell behind Antwerp as the economic flagship of the Low Countries.
Read More 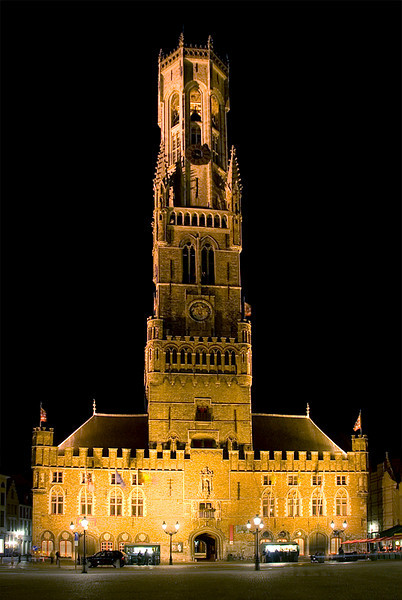 Bruges, Belgium - Market Square, the Belfry and the Cloth Hall