Brown Bluff is a tuya located at the northern tip of the Antarctic Peninsula, Antarctica. The volcano formed in the past 1 million years, when it erupted subglacially within an englacial lake. Its original diameter is thought to have been about 7.5-9 miles (12-15 km), and probably was formed by a single vent. The volcano is named "Brown Bluff" because of its steep slopes and its brown-to-black hyaloclastite.

Brown Bluff supports a breeding colony of about 20,000 pairs of Adelie Penguins, as well as about 550 pairs of Gentoo Penguins.
Read More 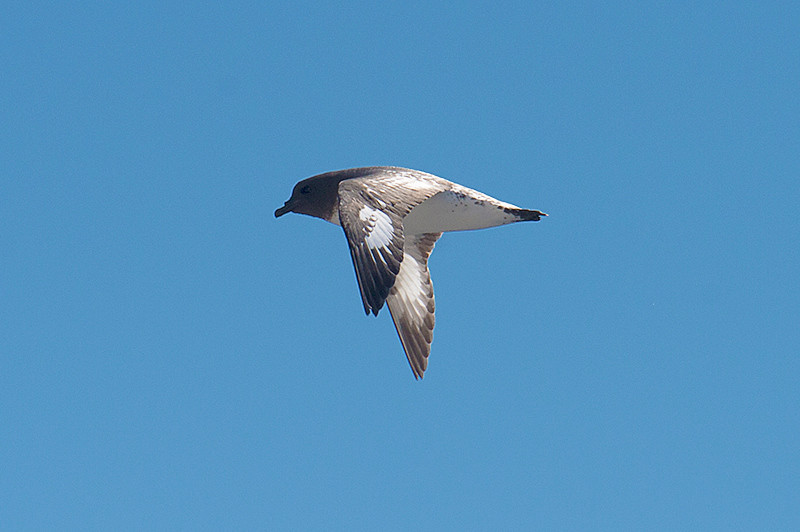 Cape Petrel flying over Brown Bluff, Antarctica, a tuya located at the northern tip of the Antarctic Peninsula.