The July 14th Glacier, located at northwestern Spitsbergen in the Krossfjord, was named by Prince Albert I of Monaco in the early 20th century to pay homage to the French National Day (Bastille Day), The glacier itself is the combination of two glaciers and one can see the dark medial moraine cutting down the center, where they merged. On the nearby mountain cliffs one can find both Brunnich’s Guillemot and Atlantic Puffin are breeding. Arctic Skua, Black-legged Kittiwakes, and Barnacle Geese are commonly found here, as well.
Read More 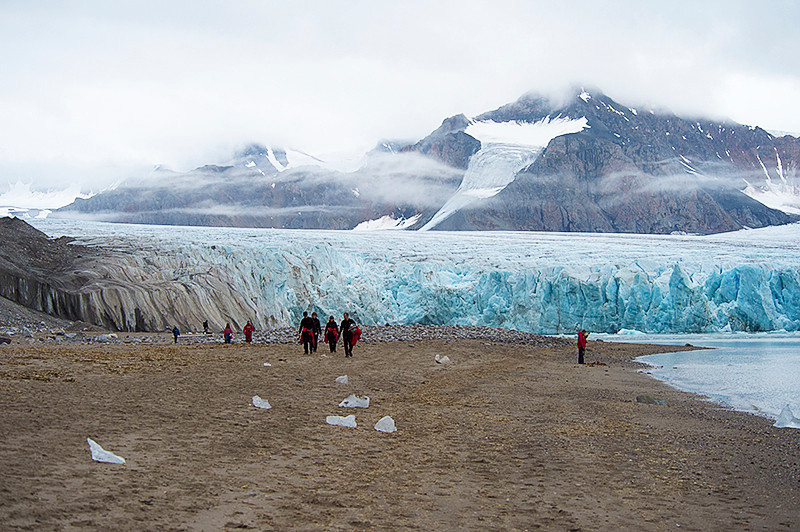 The clouds are moving in at the July 14th Glacier, Krossfjord, Svalbard